Herbs for Drug Detox that Work

Considering the fact that many American workers have to face drug testing either as a pre-employment condition, or on a more or less regular basis already employed, drug detox often happens to be a thing necessary to perform within a short time, e.g. a few days or even hours. There are plenty of market products that make this task easier; however, here we would like to concentrate upon certain detox herbs that may be of use in case a person in the need of detox has more time than a few days.

Drug use, no matter how often one consumes and what kind of drug is in question, can disrupt one’s metabolism and cause misbalance of the whole system. The herbs listed below not only help to detox (though to a certain extent, of course), but also significantly assist in establishing healthy balance of various nutrients, vitamins and minerals in one’s organism, which is great both for a body and for drug testing, which is likely to come up negative due to the sample’s good balance of necessary substances (e.g., creatine in urine).

Moreover, in case there is addiction starting to show itself, a person may be suffering from a variety of very unpleasant symptoms, such as metabolic disorders (hypoglycemia, hypoadrenia, vitamin B deficiency, mineral deficiencies, hypothyroidism, liver malfunction, depression etc.), insomnia, behavioral disorders. So some herbs are able to significantly alleviate those symptoms and help a person towards a better state of health. 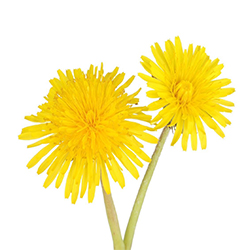 Back in the old times, this herb has been used to treat plenty of diseases and health conditions. Ensuring decent level of body hydration and supporting bile production, it helps the toxins out of a body. Also known as a mild diuretic, it cleans organism by making a person urinate often, which is recommended in numerous instructions that go with special detox products as well. It also assists with transportation of nutrients, giving one’s system as many of those as possible within a shorter time.

This American herb is believed to be one of the best liver and blood detoxifiers. Though it may be of a lot of use both as a detoxifier and a treatment (known as a natural antibiotic, it does help in eliminating damage to one’s liver and is a threat to many infections). However, it should be taken with a lot of care, as consumption of big amounts of the herb during long periods of time will do much more harm than good. 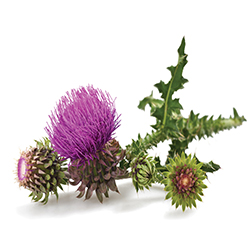 Also a very effective helper to liver, milk thistle battles environmental and internal toxins that try to damage it. The form of use depends on particular conditions of a person and an overall goal, though. It is available as liquid or standardized extract, tablet, capsule etc. But overdose of the herb will lead to dangerous consequences as well. 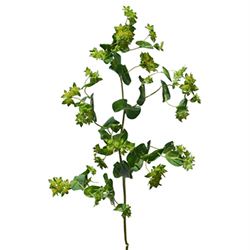 This herb has Chinese origin. Its various formulas have been used for over 2000 years by now and have proven its effectiveness in alleviating liver’s work in detoxifying the system. In cases when a serious treatment of chronic diseases like hepatitis or major liver disorders was necessary, the herb has been applied for long periods of time. For purposes of organism detox much smaller doses are required, to be taken with all the precautions. An appointment with a doctor may be useful in order to determine what dosage will not damage one’s organism instead of helping it to detox.

Though it is not the herb that works to detoxify a body from drugs, it is of a lot of help when it comes to toxic metals that store themselves in various organs across the body. It contains plenty of natural substances that bind to toxins, pull them from various organs’ tissues and leave one’s system quickly with those toxins.

Another liver helper, chamomile has been widely used in South America. It works as a painkiller for one’s digestive tract and reduces pressure of toxins on liver. The ingredients that enable chamomile to successfully perform the aforementioned functions are essential oils and flavonoids, which are great antioxidants. Easy to found in any drug or even grocery store, it is most often consumed as a tea and also has a pleasant calming, relaxing effect on a body. 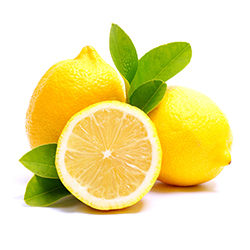 Though it is not exactly a herb, lemon is widely known for its detoxifying properties. While drinking concentrated lemon juice is absolutely not recommendable, as it can simply burn you from inside, lemon water containing a juice of a whole lemon is quite a good addition to one’s detox program and regular diet. Its particular effect goes to colon that gets clean from impurities within a very short time. 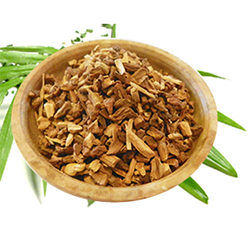 This herb has great anti-inflammatory properties. It acts by binding with toxins that attack one’s liver or kidneys and then it gets removed from a body by sweating (so, in case exercising is possible for your health, do consider doing some). Moreover, sarsaparilla contains saponins acting as diuretics, which ensures better kidneys’ functioning, stimulates detoxification process by forcing a person to urinate often and helps to restore good balance of necessary substances in one’s urine.

Reducing damage of liver from toxic substances, this herb also encourages probiotic growth in colon. Scientific research has confirmed it to be a natural herbal cleanse detox. It supports liver and gall bladder as well, therefore significantly reducing overall pressure on our built-in detox system, allowing it to both work better and taking a big amount of toxins with it at the same time as well.

Please bear in mind that we do not claim the means we have mentioned above give you guarantees of detox. Quite often it is much more preferable to secure a better chance by using additional help of the products widely presented on the market nowadays. But those herbs are still of use when there is such challenge as drug detox and drug testing ahead.

Drug Detox Products for Blood – Do They Make Sense?