Drug testing is possible for a few body materials, for example, saliva, urine, blood. Hair testing is one of the rarest ones that is performed, but, however, also the hardest one to beat.

Though very few companies may require their employees to undertake hair drug testing because of its price, this is exactly the case when drug abusers really risk to get caught up no matter how frequently they abuse and how much of a drug is in their regular dose.

Hair testing can detect quite a lot of drugs, among those are marijuana, cocaine, methamphetamine, ecstasy (MDMA), opiates (the list includes heroin, morphine, codeine, oxycodone, hydromorphone and hydrocodone) and phencyclidine (PCP).

Hair test can help to detect drugs even in cases people are not frequent or heavy users. While urine and blood testing may appear ineffective after a few days, hair preserves drug traces up to a few months (commonly agreed estimated length is 90 days). It takes 5-7 days after drug abuse for the hair that may give a person away to grow above one’s head skin and be available for collection. Normally, one or one-half inches of hair are taken from a zone close to a person’s head. However, in case head hair appears to be unavailable for some reason, hair from other parts of a body can be collected for the analysis, so this needs to be kept in mind before one decides to shave their head to get through the testing. Also, the testing laboratories have been aware of this tactics for a long time already, so coming up for sample collection not having anything to collect may lead to the lab automatically failing one on the test. Dying one’s hair won’t affect test results in a desirable way.

At the same time, there are a number of regular tricks one may use if there’s a test approaching, as well as a few things that might increase one’s chances for passing a test.

First, abstain. If you are lucky enough to have your testing more than 100 days ahead and you’re really willing to keep your working place, stop abusing drugs at least for this period. Of course, the longer one abstains, the better. This is especially true for heavy users who may have too much of drugs in their bodies to leave their hair in 100 days. Also, in case one is a woman and has always been having long hair, cutting it short or shaving will also convince the lab and the employer that something is terribly wrong.

Second, one may try to use some of the means to fasten hair cleaning that are being widely offered on the market. In fact, no one is able to give a 100% guarantee that a certain product will help to pass hair drug testing with flying colours, but if the situation is desperate, every opportunity is worth a try. Also, hair testing is specifically designed to detect heavy drug abusers, not occasional weed smokers, so in case one is not such a frequent user, these products may be even more effective because of their usual strength.

In such matters as beating a serious drug test, price does matter. As substances that may get deep inside a hair to flush the drugs out of it are not cheap to produce and, therefore, can’t be sold at a cheap price. For that reason, it’s better to avoid such products if one is really determined to do one’s best to pass. Below one can find a short list of products that appear to be among the most highly rated in helping people to get through testing. 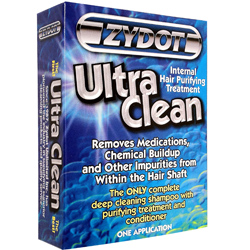 This product is specifically designed for cleaning any substances out of one’s hair. It may be recreational drugs, prescription medications or other things that get hair ‘dirty’, and the shampoo has proved to deal with many kinds of impurity quite effectively. It consists of shampoo that breaks barriers to make it possible for working components to enter structures of each hair deep inside, purifier that dissolves any kind of alien substances detected and conditioner that doesn’t let hair to lose elasticity and prevents them from tangling. The thing is to be used only once on the day one needs to have their hair clean, what makes it possible to increase one’s chances to pass if there was little time left to do something before the testing. Highly ranked by consumers, it is considered to be a helpful means to go with. 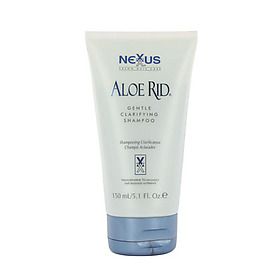 This product is considered to be one of the best supporting means to beat hair drug testing. Unlike the previous one, it is recommendable for everyday use before the upcoming test to prepare one’s hair for it and ensure better chances to succeed. Those two usually work as a team, and work quite well, so it’s advisable to use both of them if one wants to trick the test up. It is necessary to use every day within the period of 10 to at least 3 days before the test. In case one doesn’t have so much time, taking a few showers a day is a way to go. The substance needs to be evenly distributed on hair (but one should particularly focus on scalp, where drugs are most concentrated) and stay there for 3-10 minutes.

Designed for moderate to heavy drug abusers (3+ times per week frequency), this means helps in detoxifying hair from opiates, benzodiazepines and marijuana. It is also applicable in cases of light to heavy abuse of cocaine, meth and ecstasy. There are single and double bottles available for head only and head&body hair respectively. Recommended to apply for permanent cleanse of the hair, it has claimed 92% success rate. To be used short before testing, as in case of heavy abuse growing hair will still have detectable level of drugs. Therefore it is much better to use this product together with drug abstention from drugs to get one’s body clean as well, so that new hair wouldn’t fail a person. In cases of light abuse, Toxin Wash shampoo with the same effects is available, also in single and double bottles.

Of course, it is impossible to present and describe all possible options. Also, none of the products listed above (as well as any other one may find on the Internet) are FDA-approved. But the ones present here have claimed to be quite effective in helping to pass a hair drug testing.