Home > Blog > Drug Test at Work – Is There a Chance after Failure?

Drug Test at Work – Is There a Chance after Failure?

The blunt and concise answer to the question in the title is that your chances are slender, to put it mildly. However, there is still room for wonders in this world, and in rare cases even such unreasonable behavior can be forgiven. What drug tests are usually undertaken in the workplace? Is it possible to get a job if the test is failed? And what follows your failure?

The type of test determines whether you have at least a slight chance of not being bounced, if you are applying, fired, if you are already working, or even ending up in jail, if you are on probation.

Let’s be straight: your failed test is going to bring your troubles. You will either fail to get a job or be punished. Neither is usually considered success.

But I live in a state where marijuana is legal!

This does not matter much, because weed’s status does not usually affect your prospective employer’s attitude to smoking it. Even if you suffer from a medical condition which entitles you to legal weed, you should let your employer know about it in advance. Otherwise your concealment of it will be deemed as a sign of unreliability, for good reason.

There are companies which actually do not mind your smoking marijuana, but these are few, and even they would appreciate it if you notify them about your medical need prior to taking the test.

It may be an even more embarrassing experience to fail a drug test if you living through a probation period, because in this case punishment follows regardless of whether your state policy prohibits cannabis. Even if it is used to alleviate symptoms of the disease you have, you must discuss this issue with the probation officer supervising you, and even then there is no guarantee.

So living in a state where cannabis smokers are not punished does not mean smoking it or consuming it any other way will be tolerated – if you want to get a job or sail through the probation period.

If you are an applicant, you are likely to be asked to take such a test in order to ensure they are employing a person who does not have the bad habit of indulging in marijuana. Suffice it to say, failure to pass this kind of a test with flying colors almost invariably leads to not getting the job: it is logical that if the employer spends time and money on testing, they expect you to pass it, not fail.

In very rare cases, if your specialization is very important, you can be hired, but the overwhelming majority of employers would prefer to have a non-smoking employee.

If the test is passed, no one will inform you about it. If everything is normal, there is no reason to contact you solely for the purpose of saying you do not smoke cannabis. You know it yourself. Should you fail the test, you will be contacted by a medical review officer who will ask you whether there is any medical condition that you suffer from which requires you to consume marijuana. Lying is not an option – besides being a bad deed by itself, it is also useless.

What consequences do failed tests have?

Chances are you will be fired. Of course, if you have a medical condition entitling you to use of cannabis, it may be an excuse, but most employers screen their employees to check whether drugs are the reason for strange behavior or something else that led them to think you may be addicted to something, and positive results often lead to being given the sack. Some companies support second chance drug screenings, though.

Does the failed test stay on the record?

Failed pre-employment tests and tests at work do not stay on your record, but the employer is likely to keep this info in case you will reapply in the future. There are only two exceptions: if you apply for a Department of Transportation job, all your previously taken drug tests will be analyzed (if they were taken when applying for a DOT job). The other exception is when you take the test through insurance investigation, at a pain clinic, etc., so medical records do include these tests.

If it’s a test taken prior to employment, no. If you are on probation, it is definitely yes, and you are likely to end up in jail.

The takeaway is that getting rid of your addiction is the only possible way to pass drug tests, and while some people try to deceive and find excuses, these attempts usually fail, and eventually troubles follow. Eliminate drugs from your life, and drug tests won’t be a problem. 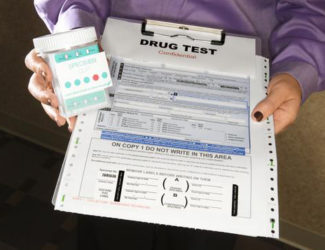 Drug Testing in a Workplace 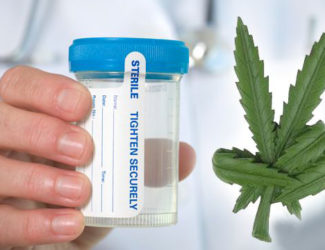 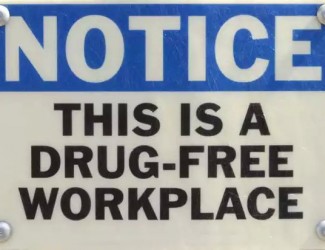